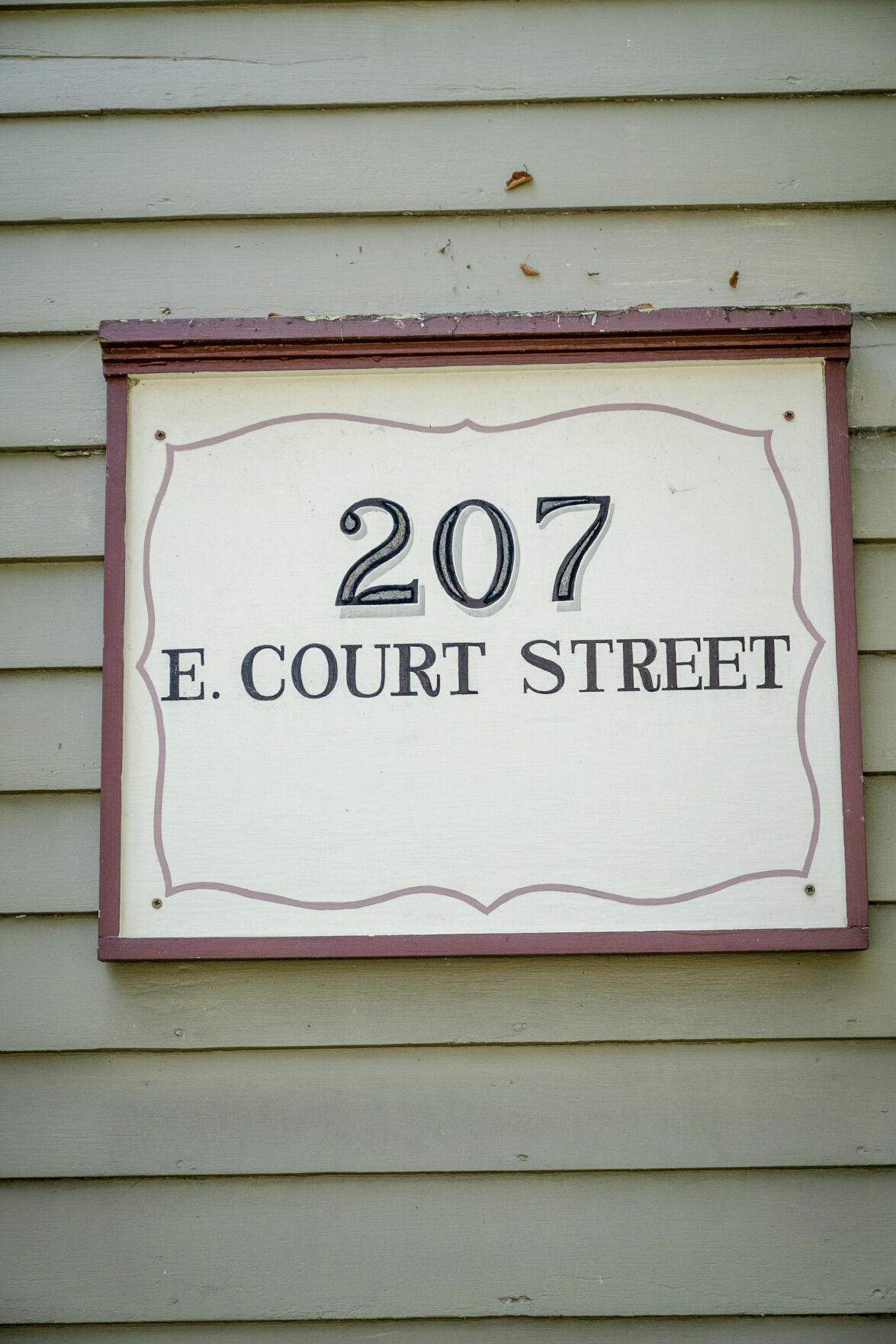 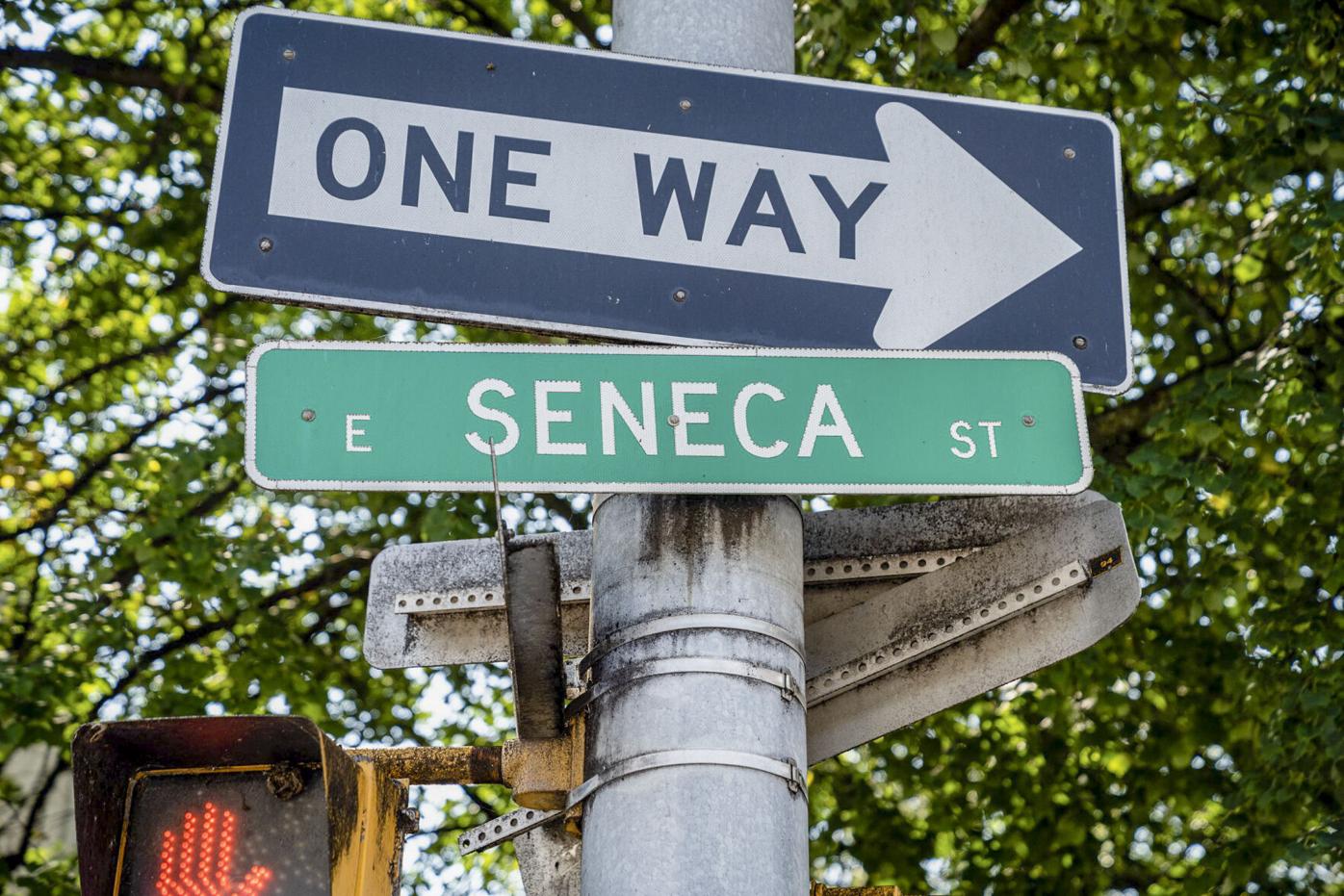 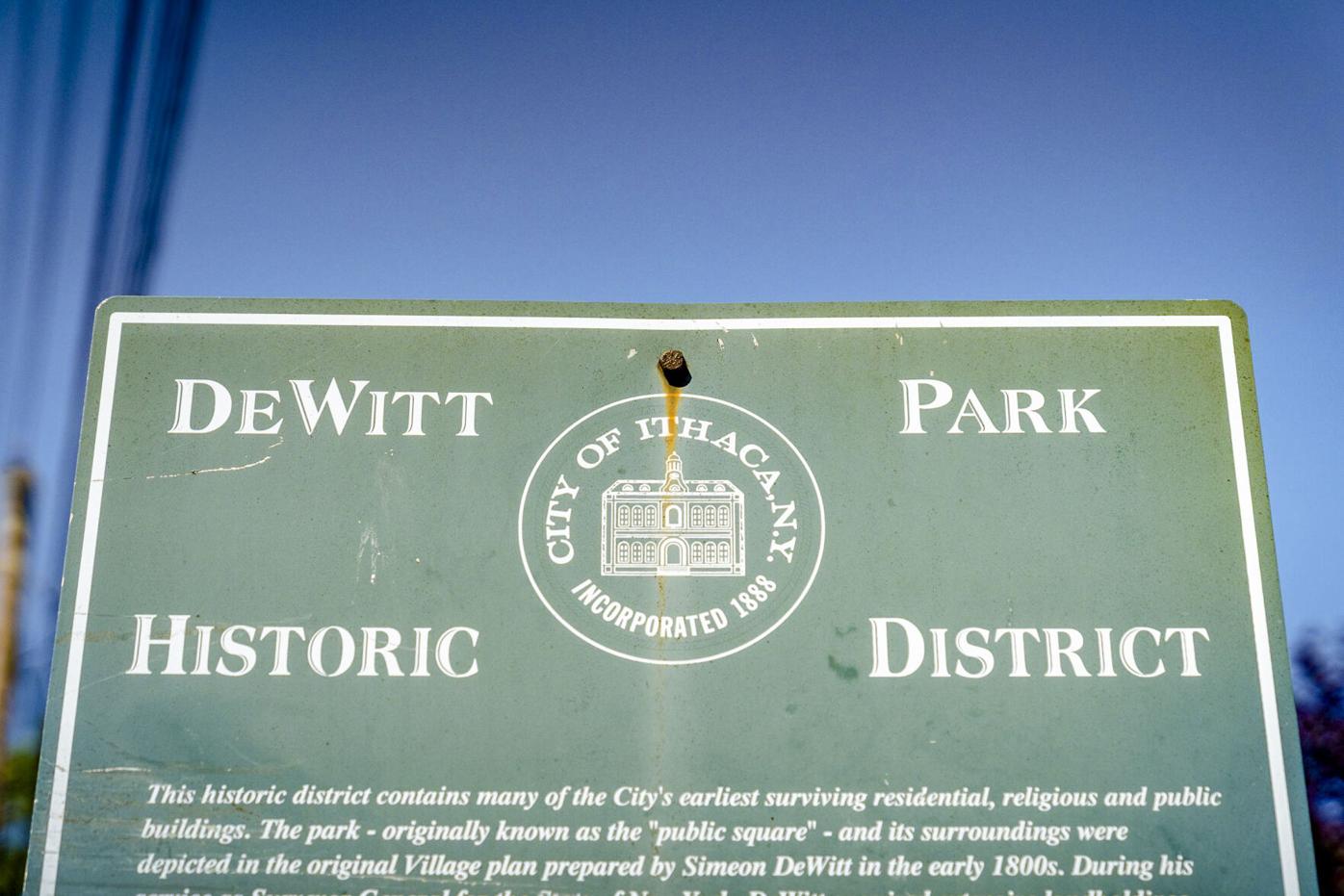 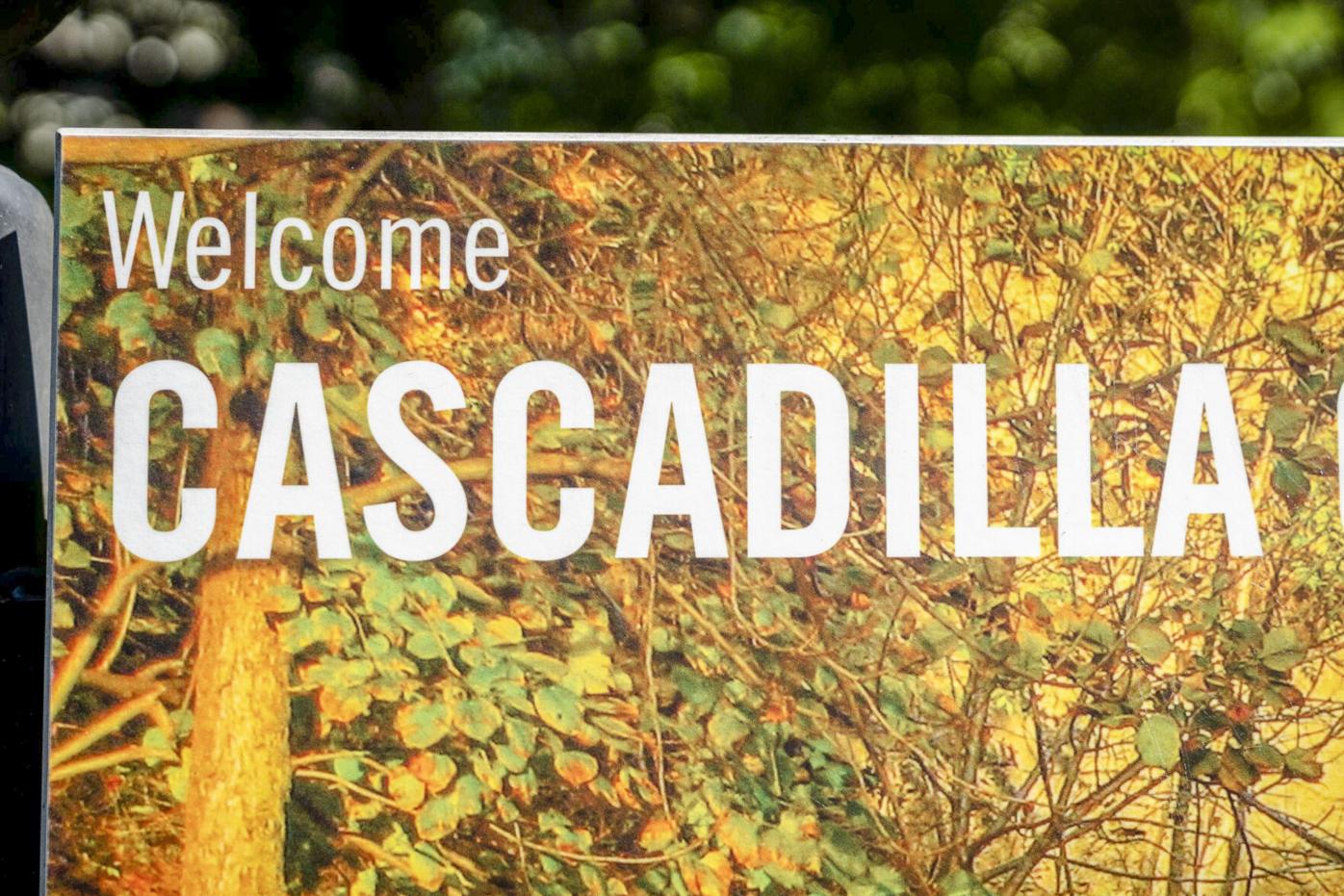 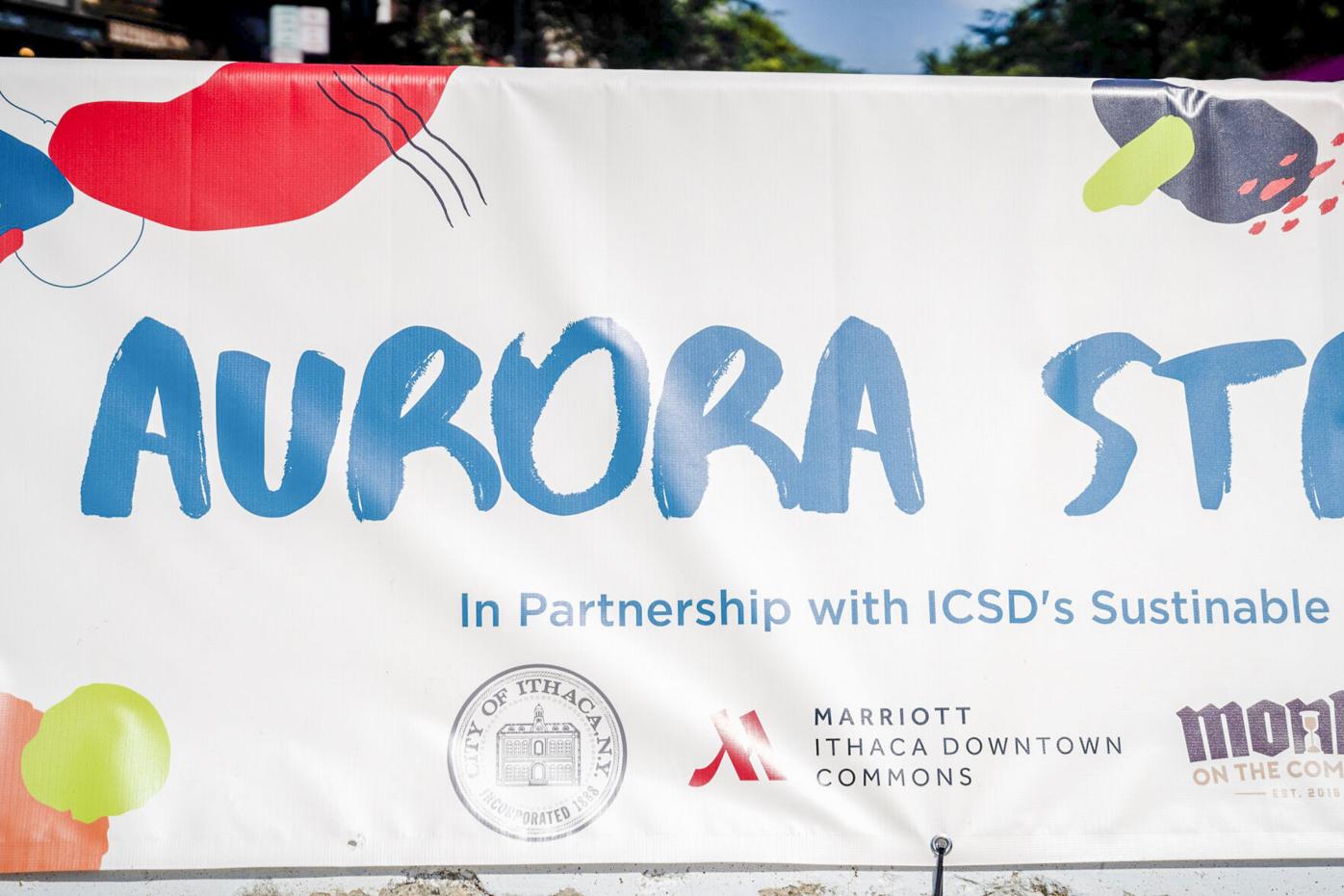 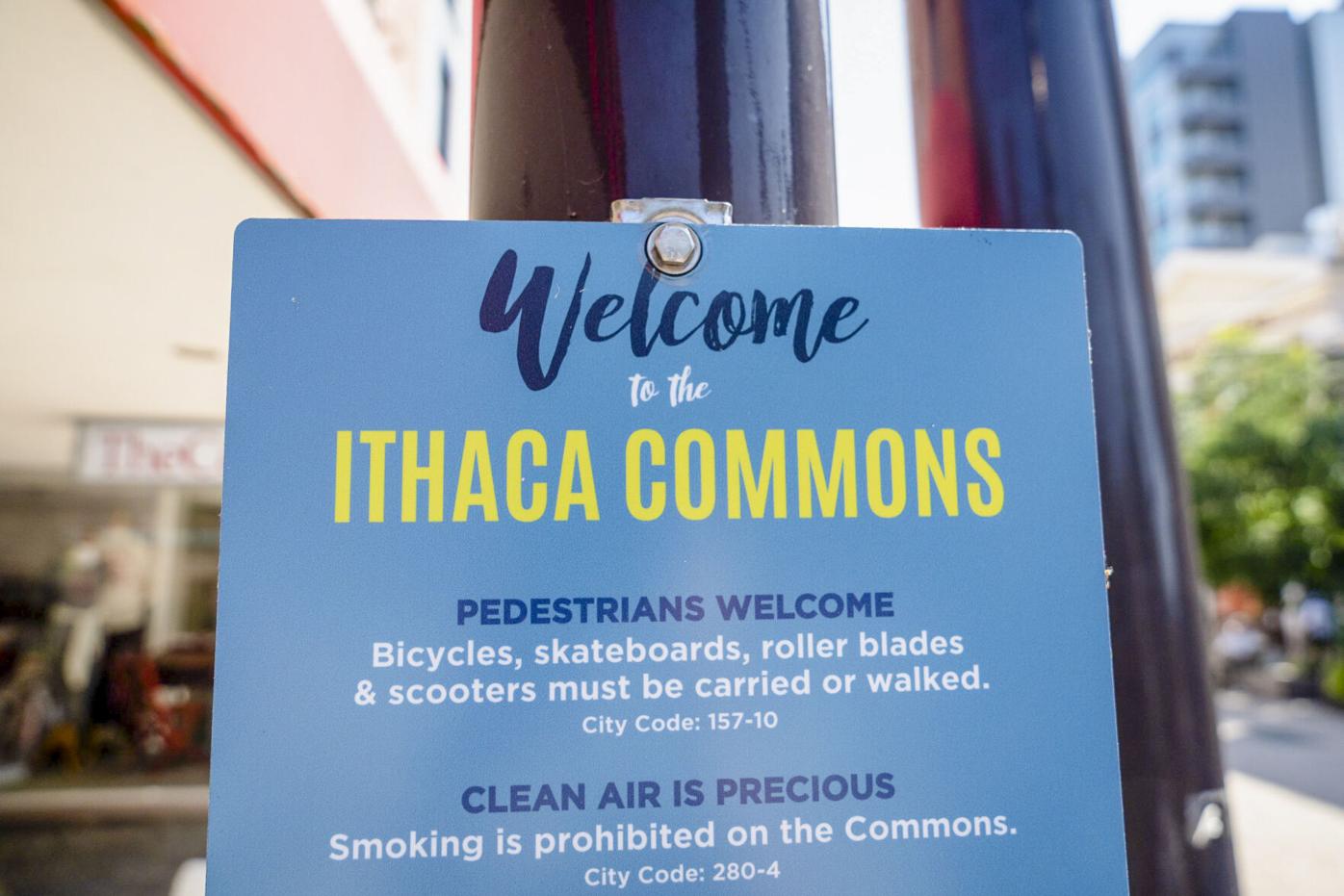 ITHACA, NY -- In its early days, Ithaca —known as a rough and rowdy town — was named Sodom, after the biblical sinful city with a bad reputation. Eventually, Simeon DeWitt, surveyor general of New York state from 1784 until his death in 1834, renamed the community Ithaca, named for the Greek island and home of the hero Odysseus.

In 1807, DeWitt surveyed 49 lots and marked only five streets in Ithaca: Aurora, Tioga, Seneca, Buell and Mill. By 1836, Buell, originally named for silversmith and typographer Abel Buell, was renamed Buffalo. Aurora and Tioga were named for the destinations they led toward, Seneca was named for the Indigenous tribe of the same name, and Mill was named for the mill on nearby Cascadilla Creek.

Ithaca was designated as the seat of the newly formed Tompkins County in 1817, incorporated as a village in 1821, and chartered as a city in 1888. As the city grew and streets and parks and landmarks were added, new names popped up and many changed over the years. Below, we found the inspiration behind the names of some of Ithaca’s most recognizable places.

Allan H. Treman Marina: The marina was named for city and university attorney, and chairman of the Finger Lakes Park Commission, Allan H. Treman, who died in 1975. He is the son of Robert H. Treman, whom the local state park is named after.

Aurora Street: Now home to Restaurant Row and the Aurora Streatery, Aurora Street was named to indicate a destination. In 1831 a petition was approved to rename it Pearl Street, but it was repealed the following year.

Belle Sherman: The Belle Sherman elementary school and surrounding neighborhood is named for Mary Isabella Sherman. She was a Cornell alumna, scientist, artist and beloved teacher at Ithaca High School from 1876-1908.

Cascadilla Creek/Street: This one is a bit of a mystery, but the two most popular theories are that Cascadilla is a word with an Indigenous origin, similar to Unadilla in Broome County, or it’s a combination of cascade and dell (a small, secluded hollow).

Cass Park: A popular park for recreating, Cass Park is named for Leon H. Cass, the city civil engineer in the 1930s who supervised the development of West Hill subdivisions and who helped form the park.

Cecil A. Malone Drive: Originally the 700 block of West Clinton Street, this street was renamed to honor Bishop Cecil Malone of the Bethlehem Church of Jesus Christ in 2000. A cornerstone of the community, Malone died in a car accident in 1980 at just 50 years old.

Clinton Street: This street was named for DeWitt Clinton, who served as governor from 1827-1823 and 1825-1828. Clinton was essential in the creation of the Erie Canal (a.k.a. Clinton’s Ditch), and the cousin of Simeon DeWitt, the man who named Ithaca.

The Flats: While not a name that will show up on a map, The Flats refers to the flat area of the community that stretches from the south shore of Cayuga Lake through the Inlet Valley. It includes the downtown, Fall Creek, Northside, Southside and West End neighborhoods. And it’s safe to say it doesn’t include Buffalo Street’s vertical climb.

Ithaca Commons: The pièce de resistance of downtown Ithaca, the Commons was a main commercial hub from the get-go. It was closed to vehicular traffic in the early 1970s, and the pedestrian mall opened in 1974. Ithaca High School senior Bill Ryan won a community-wide “name the mall” contest when he suggested The Commons, inspired by the Boston Commons.

Court Street: Court Street is actually the same street as the aforementioned Mill Street, which had been named for the Cascadilla Mills. In 1924, residents petitioned for the street to be renamed Finch Street after Judge Francis Miles Finch, and then two weeks later petitioned again to name it Court Street for the Old Country Courthouse located there.

DeWitt Park: DeWitt Park, DeWitt Place and DeWitt Middle School honor surveyor Simeon DeWitt. After his death the city named the public park after him, while DeWitt Place marks his residence and original place of burial.

James L. Gibbs Drive: The road leading to the entrance of Stewart Park is named for James Lowell Gibbs, a former executive director of the Southside Community Center, post office and BOCES, as well as district representative for Mohawk Airlines. He was the president of the local chapter of the NAACP and received an award from the county’s Human Rights Commission two months before his death in March 1981.

Newman Golf Course: The municipal golf course is named for Jared Treman Newman, the city mayor who leased most of the land for the creation of the course, which was developed in 1935.?

Short Street: You guessed it; this street is short.?

Steamboat Landing: Current home of the Ithaca Farmers Market, Steamboat Landing was situated on the old channel of the Cayuga Inlet. By 1827 lake boats began using the port there, and for many years it was a busy place for freight and passenger transportation.

Stewart Park: The park was originally developed in the early 1890s and named Renwick Park for the land owned by Mjr. Robert Jeffrey Renwick. The city, led by mayor Edwin C. Stewart at the time, later purchased the park lands. When he died in office, he left funds in his will to rebuild the park, which was re-named in tribute to him shortly after his death.

Vinegar Hill: The origin of the name Vinegar Hill is debated. The fun story is that a wagon carrying a shipment of cider lost control on the steep street and overturned. The barrels of cider that spilled caused the neighborhood to become a stinky mess until the next big rain. The less fun story is that said the Board of Public Works gave the street that name because a vinegar factory had once been located there.

Information gathered from “Place Names of Tompkins County,” a book from the Office of the Tompkins County Historian, edited by Carol Kammen. For more, visithttps://www2.tompkinscountyny.gov/historian/place-names.

I agree John. What do people think of the name Gomorrah's Gorges?

What is your favorite scary movie?