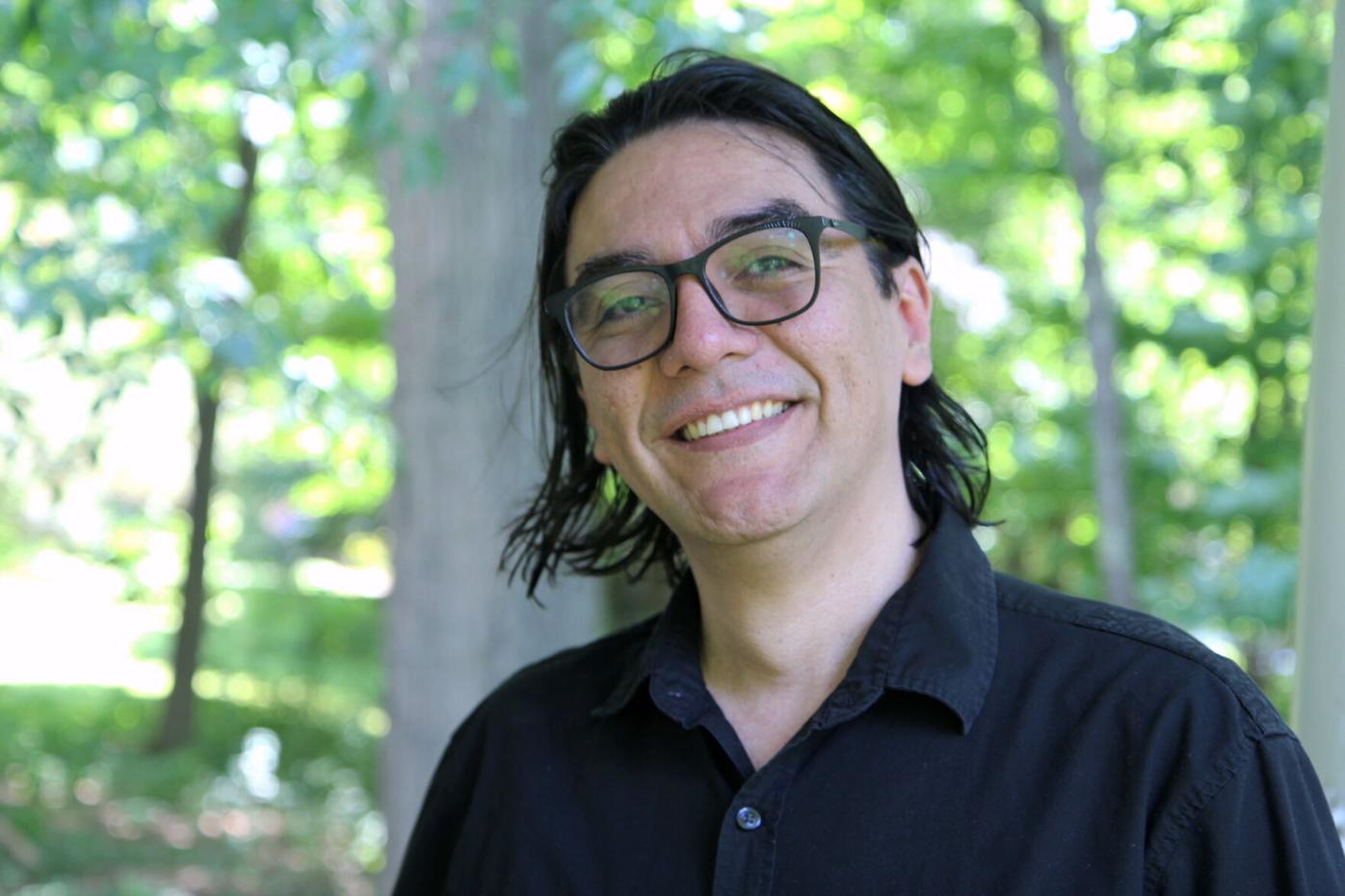 Pedro X. Molina, artist who was exiled from Nicaragua as a consequence of producing his artwork.? 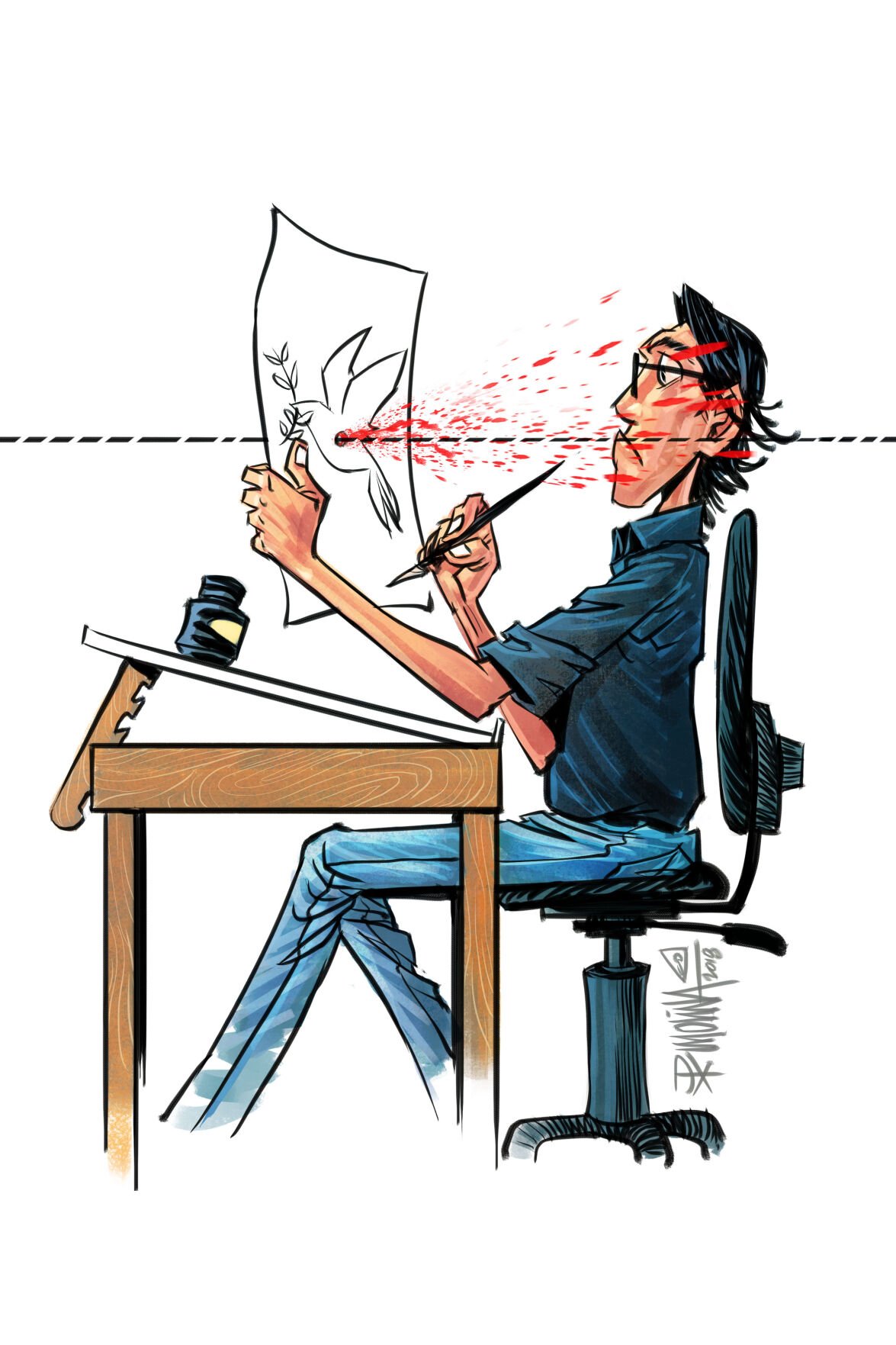 Portrait of Pedro Molina who was exiled from his home country, Nicaragua, as a consequence of producing his artwork.

What should trump/Trump fear? The answer to both of these questions, according to Pedro Molina, a cartoonist and the current Ithaca City of Asylum Resident, is humor.

“You can use humor to bring people who believe they are above everybody down to Earth. Once you can take that leader to your level, then you can see that you can defeat them — he’s just another person that you can laugh at,” said Molina. “You lose your fear, which is one of the advantages of this weapon against tyranny.”

The Ithaca City of Asylum (ICOA) is part of the International Cities of Refuge Network that has over 50 member cities across the world. The goal of these organizations is to provide a safe place for writers and artists whose lives have been threatened. In ICOA alone, past residents have faced unimaginable consequences for their work, leaving behind their homes, facing death threats, and in one case, even surviving an assassination attempt.?

Besides providing a place for residents to live, ICOA also aims to help “give [residents] a boost in what they want to do next,” said Jonathan Miller, who is the chair of the ICOA’s board. ICOA’s unique partnership with Ithaca College provides residents with temporary employment, an “extraordinary setup that we are very fortunate to have,” said Miller.

For Miller, who was an international journalist for many years, the various ways governments limit freedom of the press around the world. He told me a story of one of his friends, Maria Ressa, a journalist who is internationally recognized for her critiques of the Philippine government and has faced arrests because of it. Describing some of the current charges against Ressa, Miller remarked at the many tools a government can use to silence and harass journalists. “They can kill you, but they can also ruin your business and your life. They can intimidate your family. They can destroy you financially,” Miller explained.

With such serious consequences, a medium like cartooning may seem almost incongruous. But Molina, who was exiled not once but twice from his home country of Nicaragua, argues that the point of cartooning goes beyond making people laugh. “It requires you to think about what you are going to say because, especially in these times with social media, no one is thinking what they are saying. Yet, cartooning demands that of you.”

Molina also pointed out that a lot of what makes things funny is related to ideas of free speech and censorship. “When you go and see a stand-up comedian, a lot of what they say are things that you are thinking. So why are you laughing? Because he or she has the courage to say it out loud, when you don’t allow yourself to do that,” he said. “You self-censor yourself.”?

The more I talked to Molina and Miller, the more I also began to realize that issues of free speech and protecting all ideas are not as foreign as we may think they are. News outlets are being discredited as “fake news,” editors are resigning over publishing controversial op-eds, and there are stories like those of Rob Rogers, a former cartoonist for The Pittsburgh Post-Gazette, who said he was fired because his cartoons satirized Trump (Note: Rogers and Molina will be speaking at an upcoming discussion hosted by City of Asylum).?

When asked what he thought about coming to the U.S in a time where our own ideals of free speech are being tested, Molina said that “if the institutions in this country are as strong as everyone tells me they are, they will put a stop to this kind of behavior… Especially in this administration they tend to look at Latin America and make fun of our politics, which of course there are horrible situations of dictatorships in Latin America. But ironically, this administration who doesn’t like Latin America is the one who is shaping the USA to be more like Latin America, in a bad way (There are many good things about Latin America, he added). For me as a cartoonist, it’s kind of hilarious.”

He paused. And although we both acknowledged it was funny in a sort of grim, world gone mad way, we could not help but share a laugh.

On Oct.2, Ithaca City of Asylum is holding its annual Voices of Freedom shindig. This year it will be online. Called "Crossing the Line," it will be a conversation -- about cartooning, humor, free expression, and personal risk -- between two internationally acclaimed political cartoonists, Pedro X. Molina of Ithaca and Rob Rogers of Pittsburgh.??